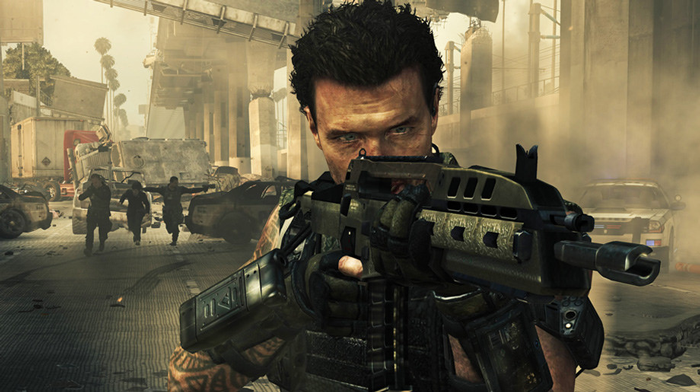 There is a number of games available for PC but it is more challenging to find out the best games from the big list. We have given some name of PC games along with its feature and release date. From this list, you can easily find out the best PC game.

Right now we are playing different types of games such as thriving esports, singleplayer hits and modern classics, etc.

Apex Legends is the best game which is based on a new battle royale game. It is released in 2019 and developer of this game is Respawn. It is a very improved version of battle royale game and one of the most important things is that it is available at free of cost.

In Apex micro transactions are cosmetic and its non-verbal communication systems are upgraded. You can easily cooperate with strangers who don’t know you and not using the mics. In Apex Legends one most important feature is that it brings the ability of characters into BR successfully. The map of Apex Legends is very excellent and the ‘ping’ communication is also very improved.

PUBG was released in the year 2017 and it was developed by PUBG Corporation. In this game, 100 players skydive on an island which is known as Erangle. After skydive, the player has to grab the things from houses, godowns and shelter. Player has to take guns, ammo, weapons, vest, bomb, helmets, etc and then find other people and kill them.

READ  3 Digital Team-Building Games that Your Team Will Enjoy

In PUBG player has to fight to the death and in this game 100 players skydive but only one is the victor. Nowadays, PUBG is very much popular in all around the globe and millions of billions of people are playing this game.

PUBG is less arcadey and more real then Fortnite. In this game, one important thing is that the player has to move and take the risk because every shrinking forcefield decreases the health of the player.

In Rainbow Six Siege the characters, guns, gadgets and elaborate maps and feel very comfortable after playing this game. In December 2015, all new features in the siege were added.

You like Rainbow Six Siege because you find that in this game picking operators, roles and map spots are very comfortable for you. Ubisoft is trying to drop four updates in a year and also trying to fix the bugs.

Overwatch was developed in the year 2016 and it was developed by Blizzard. In Overwatch, the characters are the colourful and bright and inclusive world.

Blizzard also made the world which is based on team hero shooter which is new nowadays. In Overwatch there six player in a team and each one play different role such as DPS, healer to battle and tank, etc.

READ  10 Top Things You Need to Master for Pro Gaming

Overwatch is not like other game that only kill the players and who kill more and live at the end are the winner. It is very interesting and entertaining game for everyone.

Fortnite Battle Royale was developed in the year 2017 and developer of this game is Epic games. When the PUBG imitation was evolved in Minecraft generation’s arena then they started to build Fortnite.

Fortnite building system also gets the reward of an eye for architecture and for good aim. Epic Games also introduce new traps, skins, weapons and tools from updates. Fortnite is not a free version of games and it worth admission price and master price such as irregular building system and obtuse.

In Battlefield 5 new things have been added such as new maps and a battle royale mode in a free of cost. While Battlefield 1 includes both Basic as well as Premium and it is cheaper than battlefield 5.

Some games are not running in PCs and laptops because of not proper requirement. Then you can check easily by searching can you run it and easily find out that this game can run in your PC or not.

READ  Free Fire Diamonds Review: Can You Survive For The Longest Time

Rocket League was developed and released in the year 2015 and developer of this game is Psyonix. It is a very exciting and new type of game and very much popular. It is a very different game because in this game you can play with battle cars which is rocket-powered. It is a synthesis of hockey and soccer and it is all physics and speed.

Technology is becoming advanced on a daily basis and it is changing the world. As modern t…