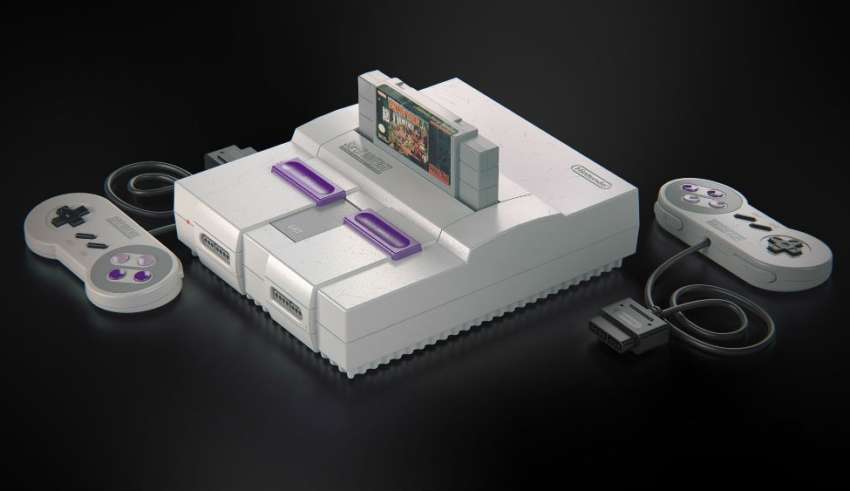 Did you know that you can play Super Nintendo games on your Android Smartphone? All you need is to visit Gamulator website and find the games you want to play. Now when you know this, you will want to know which games deserve your full attention. Below is a list of the best games you can play on any Android device 5 minutes after reading this post.

Street Fighter II: Turbo is simply a game you must try. It was released in 1994 and developed by Capcom. The previous version was Street Fighter II which is the same except the fact it is slower. The turbo version works much better on Android phones and it offers better fighting capabilities, faster combos, and deadlier moves and other new features like canceling some characters attacks.

In this version of the game, you have some changes on graphics they make it much better and easier for playing. You will fight versus countless opponents in one to one fight style and you can choose between dozens of characters. Try to become the best fighter.

Earthbound is a game developed in 1994 and in Japan is known as Mother 2 made by Hall Laboratory. This is a complex game which can be played by all players. The main reason why it is complex is in the intuitive gameplay which is still one of a kind. Basically, you can play slow and get the glimpses of the life-based simulation the game offers.

In that case scenario, the game is ideal for children and it offers basic elements of life. If we take a deeper look at the story we can see that the game features loss of innocence, Sci-fi elements and so much more. All of you will play the game for hours, guaranteed.

READ  3 Digital Team-Building Games that Your Team Will Enjoy

It is impossible to find a list of the best games which doesn’t include some version of Mario Kart. In order to get the best gameplay capabilities and the ultimate experience, you should try out the Mario Kart 8. It was released in 1992 and it offers fast-paced gameplay, multiplayer option and countless tracks you can use to race.

You have the option to choose one of the eight super Mario characters from all Mario franchise characters and try to finish in the first place.  The graphics may be old but it is still considered as one of the most impressive developments in the Super Nintendo world and it is still a nice place to be.

The secret of Mana was released in 1993 and it was one of a kind. The main reason for that was the ability of 3 players to play the game at the same time. You can still get this feature on an Android phone, with advanced emulators and if you do, you will play for days.

The game is based on The Legend of Zelda franchise and it puts you in the shoes of three characters who must save the world, you can play three characters in the game simultaneously and you have the controls to switch between characters and when you switch from one to another character the other two are played by the smart intelligence of the game.

Travel through the worlds fight the enemies and you will gain skill points to increase your level, you can rest in the towns to regain hit points and continue the fights and exploration of the map. Yes, this is an adventure game with a lot of hidden gems and actions you can do.

READ  Everything you Need to Know About Gaming Monitors in 2020

Super Mario All-Stars is developed in 1993 and is the most popular game in that time in the world. It was loved and played by all generations and brake the record of best selling game in that time. Here are a few reasons why you should play this game. First of all, it is based on Super Mario 1, 2 and 3 and it incorporates the Lost Levels which was available in Japan only.

The game is very complicated, it will push your skills to the limit and it will keep you occupied for days. The next main advantage is the ability to get all the characteristics and all the benefits of the game using your Android phone. The gaming is just right for using a touchscreen.

Super Mario World 2 – Yoshi’s Island is one of the most downloaded retro game in 2019. The game is developed in late 1995 and the main characters are baby Luigi and Mario. They have been kidnapped when they were babies but baby Mario falls from the sky from the hands of the kidnappers and goes in a mission to save his brother Luigi.

With his best partner, Yoshi starts the mission of saving his brother. The game has 42 levels across 5 worlds and capability to choose a different Yoshi partner.  In the beginning, you might find the game difficult to play but after some practice, you will play this game for hours.

Super Punch-Out is boxing games develop by Genyo Takeda and published from Nintendo in 1994.  After releasing Super Nintendo Console the developer Takeda made the changes of the previous game Punch-Out to the new console and called Super Punch-Out and this was the first game from this series to made transition from arcade to console.

Unlike in the other series of this game the main change in Super Punch-Out is that the round last for 3 minutes and in that time Little Mac should win the battle or lose. The clock continues to count when Mac is down but the clock stops when the opponents are down. How much your level goes up the opponents are more difficult. After learning all the tricks in the game it would be much easier for you to play the game and easier to defeat the opponents.

All you need is one of the Super Nintendo Emulators and these games can be played within seconds and they will keep you occupied for days. They are simply the best games you can play on your Android phone using an emulator. Now all of you who want to revise the gameplay of the olden ages can do it easier than ever before.

What To Know About Cooking In An Instant Pot

There are numerous ways to prepare your favorite foods. The cooking method you choose will…