Home Business What Everyone Should Know About Debt Forgiveness Programs 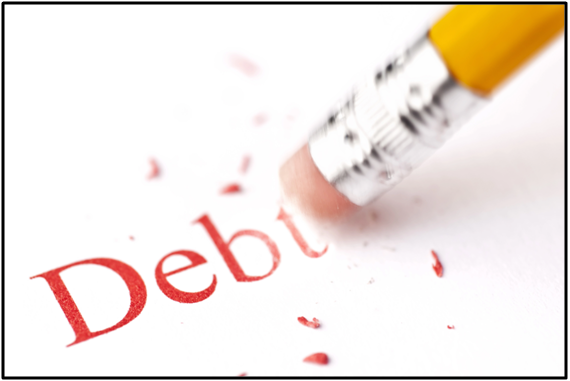 Debt forgiveness sounds like a great idea, but it isn’t as easy as it sounds. You probably hear and see ads making claims that your debts can be forgiven, even for taxes. Unfortunately, there are usually so many rules and conditions that the programs aren’t good for you and your future financial health.

What Is Debt Forgiveness?

Debt forgiveness is simply when you owe someone money, but that creditor agrees to cancel the debt. When you sign up for a debt forgiveness program, you won’t just get the debt canceled outright. You will be required to enter into an agreement that is so complicated it is simply impossible to follow.

There are scam artists always waiting to take advantage of vulnerable people, and the kind of person who needs debt forgiveness is usually vulnerable at least at that time. Those con artists will try to convince you that you can simply ask and then walk away from your debt with no consequences, Some fake programs that sound real include the Credit Card Debt Forgiveness Act and the Obama Student Loan Forgiveness Program. If you really feel like you’re drowning in debt, there are other debt relief programs that might really be able to help you.

Some programs promising to forgive your student loans are legitimate, but they all require a large commitment. For instance, there are volunteer programs, you may be able to have your loans forgiven by spending years volunteering in AmeriCorps or the Peace Corps. That may mean living far from home in poor circumstances and helping the less advantaged for years.

READ  The Basic Plumbing Preventive Measures You Need at Home

Other student loan forgiveness programs include military services, such as for the Army, Navy, or Air Force. Some programs will wipe your student debt clean if you work in public service for a certain number of years after graduating from college, such as for a government agency or as a teacher in an urban school.

Sometimes you can get your credit card company to cancel part of your debt by simply asking, in a process called debt settlement. On the company’s side, it may be better to agree to take the amount you are able to pay rather than force you into bankruptcy, which would ensure they don’t get the money at all. Anything you don’t pay may be taxed.

Most credit card companies won’t negotiate with you until you are already in trouble, so you would probably have to be late for at least 3 months first. This would have a negative effect on your credit score. Even though there are serious consequences to your credit score, some people who are too far in debt may consider Chapter 7 bankruptcy.

More than $1 trillion in home loans was charged off between 2007 and 2014, during the big home loan crisis. The Mortgage Forgiveness Debt Tax Relief Act of 2007 took away tax liability for the unpaid portion, but anyone taking advantage of the break had to go through the trauma of losing their homes.

In order to qualify for tax debt forgiveness, you must be able to prove you have almost nothing. The good news is that you won’t have to pay it back, but the bad news is that you have to be in a very bad place to qualify. You may be able to get an installment plan or an offer in compromise. The IRS has an online tool that will help you see if you qualify.

READ  How to Isolate the Vibration by Using Vibration Mounting

Are Debt Forgiveness Programs Worth It?

If you have personal or business debt, you may be looking for help to deal with it. Understanding your options and what is available is important, as is understanding your credit score and the consequences of each option will have. Debtry has assistance with all these issues, including different kinds of forgiveness programs and debt relief. Creditry can help with looking at your personal situation, credit scores explained, and other information. When it comes to getting help with debt, sooner is always better than later.

DIY Fashion Has No Limits Or Intention To Stop You, So Join It!

Surely you have been listening to DIY for a while. They are the initials of Do it yourself…