Utah has one of the most unusual beginnings of any state in the union. It was founded by Mormon settlers in 1847, surrendered to the United States in 1848, and ultimately acknowledged as a state in 1896.

It also has several beautiful natural features, strange traditions, and locations that should be recognizable to western people. But what’s more exciting is that this state is home to five national parks of the US.

Apart from North Americans, the majority of the visitors were French. Do you want to know more about Parks that give Utah its distinct look? Dive right in to learn more about the exciting things the parks have to offer.

What are the most interesting facts about Utah’s National parks?

Formation of the Arches National Park

This park consists of the highest concentration of natural arches in the nation, which are over 2,000. However, numbers have no meaning against the majesty of the terrain – the arches, the massive balancing rocks, spires, cliffs, and Slickrock caps against the vast sky.

This park is a significant attraction for older women tourists who come here for a relaxing day and get a chance to witness the amazing scenery.

The park is a section of southern Utah’s vast canyon region, sculpted and molded by millennia of weathering and erosion. It is perched high above the Colorado River. Inland oceans covered the vast basin that created this area 300 million years ago.

The oceans have replenished and evaporated 29 times, depositing thousands of feet of salt beds behind.

Later, streams carrying sand and stones from the uplands buried the saline beds under immense stone sheets. The salt coating rises through the underlying rock blanket because it is less thick, creating domes and ridges with troughs in between.

The majority of the Arches formations are composed of soft red sandstone formed 150 million years ago. Groundwater started to dissolve the subsurface salt deposits much later.

The sandstone domes crumbled and corroded into “fins,” a labyrinth of vertical rock slabs. The magnificent rock sculptures in Arches that travelers see today were created as sections of these thin walls eroded through.

You can also take a road trip down here, even in your utility vehicle. All you have to do is pack your essentials in the car roof rack and get on your journey.

The arches are home to natural resources and tourists

The terrain has a timeless, impenetrable appearance, yet this is illusory. The delicate high desert environment is impacted by almost 700,000 tourists each year. The park’s sandy regions are home to a black scale known as biological soil crust, comprising cyanobacteria, algae, fungus, and lichens.

Footprints that have been traced throughout this living community may be visible for years. In reality, the aridity aids in the long-term preservation of evidence of previous activity. Visitors are advised to remain on Slickrock or wash sides and only stroll on approved paths.

There are almost 2,000 arches throughout the park, with the entrance having to be at least three feet wide to be classed as an arch. Landscape Arch, the park’s most enormous arch, stretches 306 feet (more than a football pitch) from base to base. New arches are continuously being formed, while old ones, like the Wall Arch, which collapsed in 2008, are sometimes crumbling.

You can see the effects of erosion at Bryce Canyon

Bryce Canyon is a red-rock paradise formed by air, water, and snow that highlights the magnificent geology of southern Utah. Bryce Canyon National Park is a significant attraction for hiking, difficult rock climbing, and cold cross-country skiing routes. It is one of the country’s most adored and filmed parks.

Bryce Canyon is perhaps the best place to see the effects of natural erosion. Its phantom-like rock spires, known as hoodoos, draw 2.7 million tourists each year. Many hikers and cavalry riders descend on paths that allow them to get up and personal with the ribbed walls and sculpted pinnacles. This park is also suitable for older people who do not want to hike and just enjoy the natural beauty of the park.

The park follows the Paunsaugunt Plateau’s border. To the west, densely wooded tablelands rise to almost 9,000 feet, while to the east, elaborately carved breaks descend 2,000 feet to the Paria Valley.

Many temporary streams have carved horseshoe-shaped basins onto the plateau, among which Bryce Amphitheater is the most extensive and most impressive. It is the park’s beautiful heart, covering six square miles.

Walking the 11-mile Rim Trail connecting Fairyland Point and Bryce Point is the most popular attraction in the park. The path, which offers incredible views of the colorful terrain, may be reached from various locations around the rim, including Sunrise and Sunset Points and the historic Bryce Canyon Lodge.

The Queen’s Garden Trail, a 1.8-mile path at Sunrise Point, is the most convenient to descend into the canyon. Routes like the Under-the-Rim Trail and Rigg Springs Circuit (8.8 miles) weave among stone formations and wooded regions under the plateau, allowing multi-day hikes through the finest of Bryce.

The traditional Bryce Canyon car trip takes you 18 miles south of the welcome center to Rainbow Point, where you may see all five levels of the Grand Staircase formation (pink, gray, pale, vermilion, and brown). On a clear day, the sight from Yovimpa Point stretches all the way right to the Grand Canyon’s North Shore.

Only portions of the Green Water and the River Valley, which meet in the center of Canyonlands, can be seen from the rim. However, the work of the water can be seen everywhere: canyon mazes, uninterrupted scarps, and sandstone pillars. Anyone looking for a lazy day out, especially older women, needs to come here and witness the beauty this park has to offer.

The park is divided into three areas by the courses of the merging rivers. The Island in the sky, a towering mesa 2,000 feet above the intersection, rises like a headland. The Needles, located to the south of the Island and east of the confluence, are a series of red-and-white-banded pinnacles that rise 400 feet over grassy meadows and sheer-walled basins.

The Maze, a distant area of pure isolation across the waterfront, is marked by a jumble of clefts and spires. The earth descends in huge stairsteps on all sides. On one side, flat bench lands suddenly terminate in rock cliffs, while on the other, steep plummet. A few paved roads penetrate the park’s 527 square miles, a right-angled nation of standing rock.

Canyonlands’ visible rock is made up of sandstone strata of different hardness. However, the land’s character is mainly determined by subsurface salt deposits, which push upward under enormous pressure from the stone above, creating domes that split the surface.

The Waterpocket Fold is Capitol Reef’s unifying geographical feature. Its parallel hills rise from the dunes for a hundred kilometers, like the surge of massive waves crashing on the beach. Huge domes, rocks, and a labyrinth of twisting canyons have crumbled into a Slickrock environment around the uplift’s exposed margins.

The fold is one of the biggest and finest monoclines on the American Mainland, according to geologists. It is known to visitors as a stunning beauty and tranquility that is so far removed from civilization that the closest traffic light is 78 miles out. Even though the park’s 378 square miles off the main path, it draws almost 750,000 people each year.

Capitol Reef is called for a portion of the fold where spherical Navajo sandstone domes create a barrier to the passage, and cliffs form a “reef.” Although a highway now runs through the “reef,” access to the park’s most isolated areas remains difficult.

The area in the center is the most well-known. The stark beauty of the soaring cliffs clashes with the lush green paradise that 19th-century Mormon settlers established along the Fremont River to create Fruita. Their irrigation canals continue to irrigate fruit trees in areas that Fremont Indians abandoned 700 years ago.

Zion National Park is a red-rock paradise formed by wind, moisture, and snow that might be described as heaven on earth. The natural splendor of Zion Canyon and its environs so awed Mormon pioneers coming in the region in the 1860s that they called it after the Scriptures designation for the town of Jerusalem.

About 800 indigenous plant species thrive in the park’s ecosystems, including more blooms than anyplace else in Utah. With more than 80% of the park classified as wilderness, it just takes a few steps from the visitor center car park to reach breathtaking, unadulterated nature.

Utah’s five national parks are variances molded by wind, water, and time — yet each one excites in its manner, much like a natural art. Utah is regarded as one of the best outdoor states in the country. Top-rated ski resorts, magnificent state, and national parks, and unique geographical marvels may all be found in this western state.

It is also renowned for its history, cuisine, and several well-attended events. These places are a mix of wilderness and natural creations that people of all ages would love. The facts given above are just a few that represent the richness of Utah. 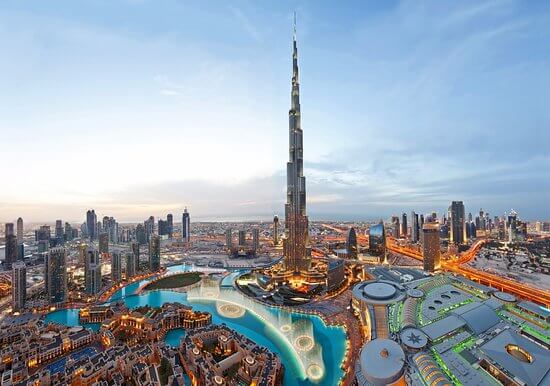 Free Things To Do In Dubai! 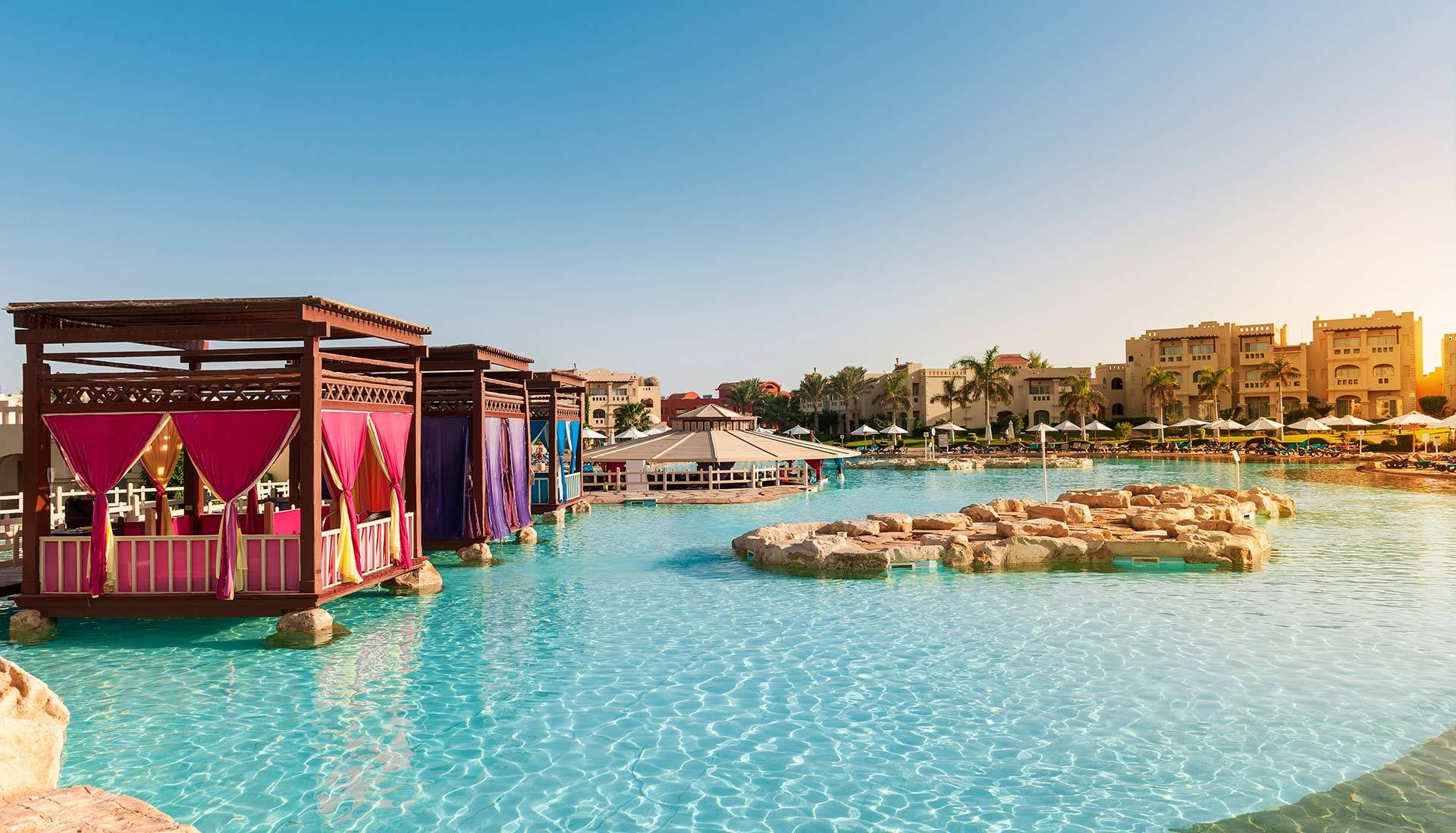 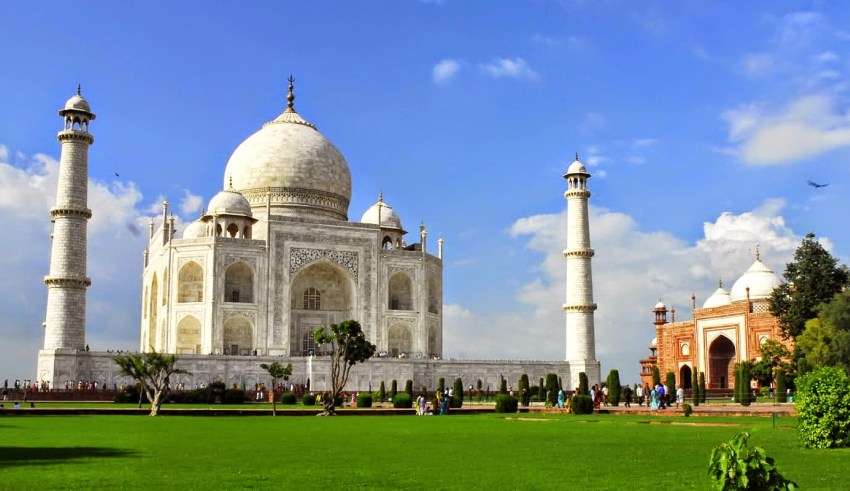 Taj Mahal Information And Guide For The Travelers