Home Technology Your Ultimate Guide to FreeBSD In 2019 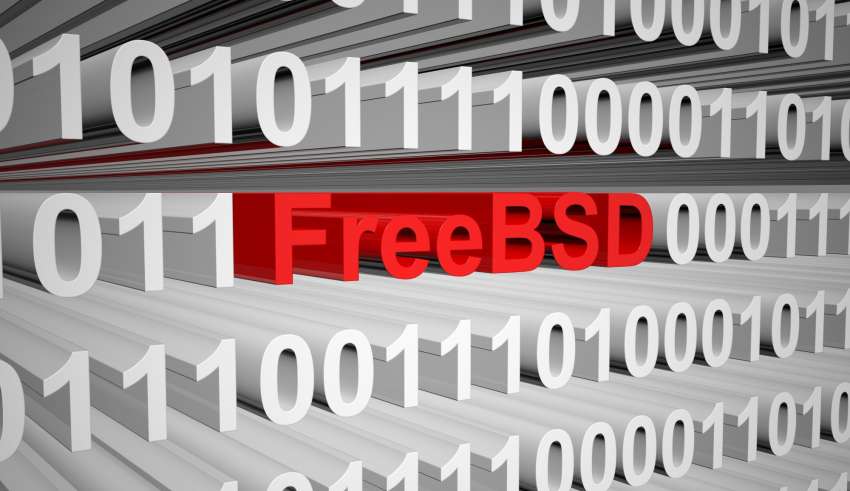 You’ve heard of Windows. You might have heard of Linux. Has the FreeBSD project ever been on your radar?

It’s an OS that most people won’t have heard on, but you’ll find FreeBSD running on Nintendo game consoles, routers, and NAS drives, to name but a few. It’s also a big part of the code behind macOS and iOS on Apple devices.

It’s not just a “hidden” OS, though. FreeBSD has a long history of use on desktops and servers, but is it the right OS for your needs?

Let’s talk through FreeBSD, from its beginnings to its usefulness as an OS today.

FreeBSD on a Server or PC

When it comes down to your requirements, FreeBSD is an adequate desktop operating system for most users.

The problem is the support you’ll find for certain hardware. Graphics support, for instance, isn’t guaranteed. If you’ve got a graphics card, you might find drivers are only available on other operating systems.

As a server OS, however, FreeBSD can’t be faulted. FreeBSD work on a dedicated server like you can buy from Server Mania It’s got the support for server operations built-in. It’s support for Apache and other web applications, and it’s extensive networking features, make it a stable and secure choice.

The OS has its own BSD-based hypervisor, allowing you to run your own virtual servers with FreeBSD as your core. FreeBSD tends to run with a smaller footprint, so your resource use on a server will be less.

Don’t discount its abilities as a desktop OS, or as a remote server OS with a GUI, assuming your hardware is capable. It’s got all the major web browsers you’d find on Linux, as well as office suites like LibreOffice.

If you’ve ever used Linux in-depth, you’ll be familiar with the X.Org display server. FreeBSD uses this itself to provide users with a familiar desktop-style environment.

FreeBSD was created in 1993, but its history goes back much further.

BSD was created as a form of Unix, another old-school OS, back in 1974 at the University of California, Berkeley. The problem with BSD lay in the fact that it used a proprietary (non-free) code which AT&T owned.

To distribute or use the code, you’d need a license from AT&T.

BSD versions were released over time that tried to remove and replace this code, eventually forking into a separate release called 386BSD in 1992. This initial release didn’t get much support, and FreeBSD was formed from it in 1993.

Since then, FreeBSD has had no less than 12 major releases, with the last release in December 2018. FreeBSD 12 is still under active development.

It doesn’t have corporate backing. There’s no single development team, relying instead on hundreds of volunteers to continue its development. A 9-person team set goals and directions for the project as a whole, but they’re all volunteers.

A non-profit organization, the FreeBSD Foundation, helps to secure funding from corporations and individuals. Such is it’s popularity that it even secured a million dollar donation from the Whatsapp co-founder Jan Koum.

FreeBSD has similarities to every modern operating system. It shares code with macOS and other Unix-based operating systems like Linux. Microsoft even used some BSD code for networking as part of Windows.

That means when it comes down to features, many of them should be familiar to you.

It’s scalable as an OS, and its low footprint means it works very well on low-powered devices like the Raspberry Pi. As we’ve mentioned, it’s also the OS for choice for games consoles and routers.

This is because it doesn’t come with a lot of packages included. You can pick and choose the software you need, making it a great OS for embedded applications.

If you want to use FreeBSD, it’s natural to compare it to it’s bigger open-source competitor, Linux. There’s a lot of similarities between the two, but there are some differences.

They’re both Unix-based, and the Linux kernel (it’s core, used by every Linux distro) is open-source, just like FreeBSD.

FreeBSD uses the 3-clause BSD license, which allows you to do pretty much anything you like with it, including commercial use. Linux has a similar license, the GPL, but you’re required to include the original source, along with changes.

Linux, given it’s wider net of support, does have more applications available to it. It’s got better support for drivers, and certain distros do include proprietary software.

Linux is arguably better for beginners, especially on a desktop. It’s also a very strong server OS, but so is FreeBSD, which works well with fewer resources and less space available to it.

Linux uses bash, one of the best known and most user-friendly command-line shells. In contrast, FreeBSD uses tcsh, which is powerful, but less easy to use.

For desktop users, Linux might be better, which has plenty of benefits on offer. As a server, or for smaller devices, FreeBSD works incredibly well and would be a stable alternative.

It’s perhaps not the first OS you might think of using, but the FreeBSD project has created an OS that’s worth consideration if you’re looking for an open-source alternative to Linux.

It’s got the stability and applications you’d find on other operating systems. It’s proven to be a very stable server OS, and it’d work well for most desktop users, too.

For many local businesses getting on the first page of Google is a battle in itself.  They…