Home Travel To travel to Japan during the Spring Festival, pay attention to these rules and avoid embarrassing! 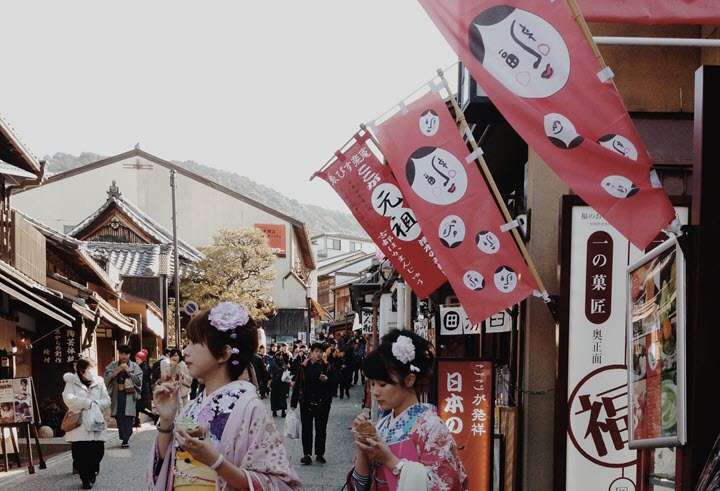 Now more and more people are traveling to Japan, but due to cultural differences, it is always inevitable that they will encounter the embarrassing moments. Therefore, today, we remind everyone from the aspects of transportation, catering, beliefs and other aspects of life, so as not to become disqualified. Traveler.

Although living on the same island, Kanto and Kansai people have different cultures and personalities. They are completely different in terms of money values ​​and eating habits, and there are differences in the standing positions of escalators in the station. To stand on the left, Osaka has to follow the international trend to the right because it is in line with foreign countries. If you don’t know which side you should be standing in in Tokyo and Osaka, just stand on the same side as the person who is on the escalator in front of you, so there is nothing to worry about.

There is also a great opportunity to take a tram in Japan and take a tram in Japan. When taking the tram, pay attention to the queue position according to the station sign, and leave the front position of the door. When all the people who get off the train get off the train and then get in order. Because the parking time is not shorter than the time required to get on the train in order, the flight attendant will confirm the situation and then close the door. In addition, because there are passengers in the car, there will be no forced closing, so there is no need to panic on the train.

In addition to railways, ferries, and buses in Japan, many people try to drive by themselves. Before going abroad, you must go to the Supervisor’s Japanese translation of the driver’s license (note! Non-international driver’s license), and it is a right-hand drive in Japan. It takes a little time to get used to it. At the same time, you should read the traffic signs. If you are not familiar with the road conditions, you will suddenly stop. Looking at the signs on the road, it is possible to get a fine for traffic!

In the public toilets in the country, many people directly guard the bathroom of a single room, and when they come out, they go directly to use it, but Japan is different! When waiting for a place with multiple single rooms in a public toilet such as Japan, you cannot wait in front of each single room. Instead, they should be lined up in a row, starting with the people who are at the forefront of the team. This kind of rule is easy to see when there are a lot of people in the queue, but if only one person is in front of themselves, you should pay attention to it, you must avoid the situation of cutting the queue.

Japanese cuisine is an exotic dish that many people like. Whether it is ingredients, platters, tableware, etc., and Japan is a society of heavy etiquette, learning the correct dining etiquette will make you feel better about the cuisine. Out!

When eating with the Japanese, I often find that everyone likes to order beer at the beginning because the Japanese are used to raising their glasses before drinking. Beer is the fastest drink, so if you talk about plum wine or other alcoholic work time at this time, it is too rude!

The Japanese are also very particular about the order of meals. For example, the yummy dishes will be served together, and the meals must be carried out in order. Here are a few places to pay special attention to:

In China, there is no strict rule that you are not allowed to bring your own food into the restaurant, but in Japan, the box lunch at the convenience store is brought to the burger to eat, or you can sit in the coffee shop and drink your own tea for rest. The behavior is prohibited. In addition, in the busy hours of the restaurant, it is not allowed to occupy the position after the meal.

The shrine belongs to the Shinto of Japanese religion. It is mostly a god-fighting object of worship. There are six main types of beliefs, and the temple is the general name of the Buddhist temples and shrines in Japan. Both have different characteristics in many places, such as the entrance to the torii and the mountain gate, the service of the gods and witches, the construction of the shrine and the big society.

When visiting the shrine, avoid the center of the walk, because the central representative is the way the gods pass. Then wash the distracting thoughts before the water house, and then enter the shrine after the clean water. Don’t bring a hat in front of the shrine. First, nod your head and put in 5 yuan. After you greet the gods with a rattle, you will perform two worships and two worships, even if the ceremony is completed.

Many people like to collect the defensive, it is said that it began in the Heian era, with the image of the gods and the mantra. It is recommended not to open the defensive bag to study and express disrespect for the gods. It is recommended to go back to the original shrine for a change every year. If you can’t go back to the original shrine, you can send it to the returning place.

Japanese people like hot springs and preserve the traditional culture of “Tangji.” Excessive fatigue, alcohol, illness, and no hot springs after meals. After soaking, simply shower and wipe to retain minerals in the hot springs. Bathing must be done, especially if there are tattooers who cannot enter the public bath. The yukata must be worn with special care, so that the right hand can be straight into the clothes from the front, which is the correct way to wear.

The tea ceremony has a long history in Japan. Before going into the tea room to experience the tea ceremony, you should pay attention to the “two different things”, do not wear short skirt shorts, do not spray perfume, wear socks. When holding the tea bowl, hold the bowl with your left hand and the right hand bag for three o’clock, then turn the tea bowl to the front. Drink tea at 3 to 3.5 mouths, and the last half should be heard to show courtesy.

Maybe you think that Thailand and some western countries have the custom of tipping, go to Japan to express gratitude to the service staff, and also give people tips. But in fact, there is no need to tip in Japan. In fact, the act of tipping is rude.

Take off your shoes

At the entrance to the housing, at the entrance to most businesses and hotels, you need to take off your shoes. Usually your shoes will be placed on a small shelf and then you will be given a pair of slippers for your use. Many Japanese people will carry a pair of indoor slippers with them just in case.

Never wear slippers when you need to sit on a tatami. There are also special slippers in the bathroom. If you wear slippers through the dirty linseed floor and then enter the living room of the house again, it will be very rude behaviour.

Each country has its own specific customs and culture, and it is important to do your homework before you go!

Also have a look at top five reasons why should you plan a group travel.