Home Education The Different Types of Guns Explained: This is What to Know 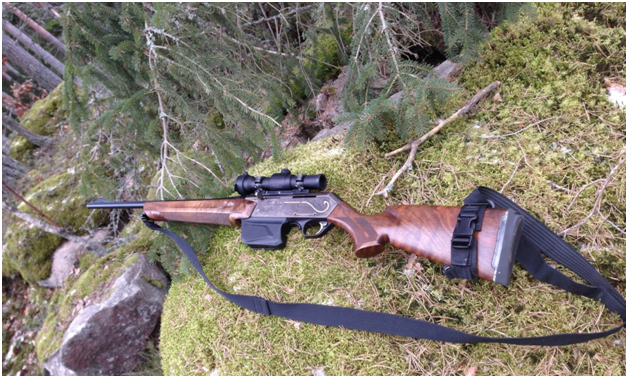 Are you interested in learning about the different types of guns?

Many people have a passion for collecting different things. These things can be anything from coins, stamps, and even old porcelain figurines. All that matters is that their collectors find them fascinating enough to keep them around.

For some people, guns are the things they’re most passionate about. Some people buy guns to use them while others collect them to admire from a glass container. Regardless of which one you are, you will become surprised to find out there are many guns of different types for you to collect.

Before you buy your first gun, read on and learn about the different gun types. Each type differs in functions and maintenance. It’s worth taking time to read about them to know how to care for them.

The revolver’s main feature is a rotating cylinder where you put the bullets in. Each chamber in the cylinder holds 1 bullet and will rotate after you fire a shot. The revolver’s hammer causes this action, rotating the cylinder each time it goes down from a shot or you pulling it.

The hammer also strikes the bullet’s primer each time you pull the trigger. The speed at which it hits the bullets generates enough force to spark their primers. Because of this simple design, there’s no chance for a revolver to jam.

The only foreseeable problem will come from duds, not firing when the hammer strikes them. Even when this happens, the hammer will trip and rotate the cylinder. This means the next shot is ready even if the previous bullet didn’t go off.

Pistols can hold more bullets than a revolver can. A standard handgun can hold up to 17 bullets compared to the revolver’s 6-bullet capacity. It stores them in a magazine you insert in the gun’s grip.

When you pull the trigger on a pistol, a hammer hits the bullet and fires it out the chamber. A pistol uses the force from the blast to push the barrel back. This allows the magazine to push the next bullet into the pistol’s chamber.

Other pistols, like the automatic ones, use a different method. Some guns use gas to blow the barrel back to load the next bullet. This is important because they need to load a bullet into the chamber faster than usual.

Rifles are long guns that often require a person to hold them with 2 hands. Their barrels are longer than that of pistols and revolvers. This causes you to fire more accurate shots since the bullet can stabilize before it exits the barrel.

The stabilization is because barrels also have grooves etched on the inside in a spinning motion. This gives the bullet more spin as it travels down the barrel. People call these grooves “rifling” which is where the rifles get their name.

Rifles have 3 sub-categories under its name. Each rifle type is unique enough to set itself apart from the rest.

Most people consider this to be the simplest among the types of guns today. They’re simple enough to use and understand how they work.

These guns hold up to 10 bullets per magazine. Some bolt action rifles have an internal magazine. They have a smaller bullet capacity because they have to fit the ammo inside the gun’s chamber.

Regardless of the number of bullets your gun holds, you can only fire as fast as you can pull the bolt. Bolt action rifles get their name from the handle that sticks out close to the chamber. When you pull this handle back, 2 things happen.

First, the gun ejects the spent cartridge from the barrel. This clears the barrel for the new bullet to go into. The gun’s firing mechanism also gets put back in place, ready to hit the next bullet.

When you push the handle forward, the chamber closes and secures the next bullet for firing. Its accuracy is amazing that most people use this for sports such as hunting. The slow rate of fire won’t matter in these sports because success relies on landing your shots every time.

Pushing the lever forward causes a series of interactions to happen in the gun. First, a hatch opens up along the top of the gun. This pushes the used cartridge out, much like the bolt-action rifle.

Because of its design, it is easier to fire rounds in succession. The lever also allows the user to keep the gun pointed in a direction while loading the next round. This means you can get more precise shots while using a lever-action rifle.

These rifles are an amalgamation of the pushback properties of a pistol and a rifle’s accuracy. You can consider any gun that has these properties to be a semi-automatic rifle.

Like a pistol, a semi-automatic rifle stores its bullets in an external container. Inserting a new magazine causes the next bullet to be ready to fire in the chamber. As mentioned above, it uses the same pushback features that a pistol has.

This means every time you fire a bullet, the explosion from the gunpowder pushes back a part of the rifle. The next bullet will be ready to fire the next time you squeeze the trigger.

Not having a handle or lever to pull means you can shoot right after the next shot. This helps you fire even faster and have fewer issues with accuracy.

Semi-automatic rifles are also among the first guns to have accessories. These can help you stabilize your aim or protect your hands from damage, like the AR 15 handguard.

Shotguns are like rifles by design. They have a long, smooth barrel, and it has a shoulder stock to help you absorb the recoil. The only difference is that a shotgun is better up close than in a distance.

This is because of a shotgun’s ammunition. Instead of a single bullet, it carries many pellets inside a single case. When you fire the shotgun, it destroys the casing and scatters the bullets in a small area.

The spread them less effective at greater distances. You can offset this by using a different bullet called a slug. Slugs are like rifle bullets but are larger and wider. They don’t have the same accuracy as rifles but can deliver an accurate punch in close quarters.

There are also 2 different shotgun types. The most common one is the pump-action shotgun. This gun can only fire once before you need to pump the gun to load the next shell in the chamber.

The semi-automatic shotguns are often heavier because of the force they have to withstand. They work like pistols and semi-automatic rifles, too. Each shot pushes back the gun to load the next bullet without the need to pump it.

Some shotguns also use the revolver’s design and use a cylindrical chamber. These are bulkier but can deliver powerful blows at the expense of recoil.

All machine guns are automatic firearms. This means that as long as you hold the trigger, you can fire bullets at the direction you’re facing. As long as you have enough bullets, you can keep firing at the target.

Most machine guns have a selective fire feature. You can switch between full-auto, semi-auto, burst fire, or single-shot with this feature. This helps people have more control over the gun while firing it.

Because of the complexity of machine guns, they are susceptible to jamming. This can stem from poor maintenance or from having a spent cartridge block the chamber. Taking care of the jam is essential to ensuring the gun doesn’t sustain damage.

This means they have little recoil, though. You can fire these from the hip without losing much accuracy from each shot.

Learn About the Different Types of Guns Today

Knowing about a certain gun-type allows you to prepare yourself for what they offer. Know the different types of guns and start collecting them now! Buy a gun online today!

Want to learn more about guns and their accessories? Are you looking for specific tips for a particular kind of gun? Don’t worry, we’ve got more guides for you to check out so feel free to continue learning more right here, right now!