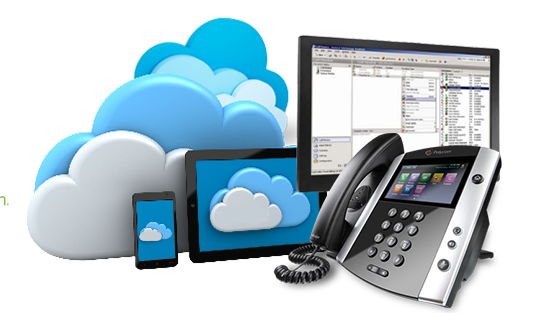 A Private Bank Exchange (PBX) is a telephone system that makes it easier when it comes to selection of numbers for a particular company from a menu. It is an improvement from the public exchange switchboards that defined how telephones were used in the earlier days. For big businesses, it removes the need for the installation of multiple phone lines across departments.

When And How Was PBX Developed?

PBX was developed out of the need for businesses to save on the costs of both the internal and external phone calls. The first such system came to the fore in the 1960s. To use the system, businesses had to hire telephone operators, who manually directed the calls. Some companies had to maintain several phone lines and switch boards. Regardless, the end result was the saving of massive amounts of money.

Since they didn’t require a human operator, automated PBX systems were more cost-effective. Besides, the newer PBX system came with features such as call forwarding, hunt groups, and extension dialing. With the advent of computers, a newer version of PBX came to the fore. This was known as the Time Division Multiplex (TDM) system and was built akin to a desktop computer. It was basically a large cabinet with a central processing unit (CPU), hard drive, random access memory (RAM), and an operating system. By adding new boards to the cabinet, businesses could add extra lines and hold music. Compared with older systems, the cabinet was very small.

Even though a novel idea at that time, this system ended up being very expensive. Apart from acquiring the switchboard itself, business organizations needed TDM-compatible phones. That forced many businesses to stick to the older version of the switchboard.

As people increased their use of the internet, a new kind of PBX system was developed. It involved the merging of the features of PBX and TDM systems. Enter the IP PBX system.

The internet changed a lot of things. One of them is that phone calls no longer required to go through an analogue system. Instead of channeling calls through the network of the phone company, this was done through the internet in what’s known as Voice over Internet Protocol (VoIP).

How Does VoIP Work?

There is a sequence of events that define the way phone calls go through a VoIP system. Basically, an analogue message goes in and gets out to the other end. First, an analogue phone call is changed into digital signals, which and converted into IP (Internet Protocol) packets. For the phone call to be completed, the IP packets have to be changed back into analogue telephone signals.

What VoIP does is to merge the data and voice networks. Using a single like, users can make VoIP phone calls, analogue phone calls, and access the internet. Although revolutionary, the new system was still expensive. It required companies to replace old equipment and acquire phones and IP systems. Even with all that, an IP PBX system was cheaper than the traditional PBX system. It was basically affordable to all sizes of companies.

Growth on the internet made it possible for calls to be made between phones, IP phones, and computers. People no longer had to restrict themselves to communicating via IP PBX equipment. The resultant system was based in the cloud and was carried by an independent provider. As an application, it offered multiple communication channels such as instant messaging, data sharing, and video chatting. All these from any location with an internet-connected device.

With the VoIP system, companies were able to integrate communication with applications such as CRM systems. It not only made communication better but also provided endless opportunities for businesses. As an additional prove, you can check up the first-hand experience shared by the real customers at Nextiva reviews.

The convenience of PBX systems comes in the sense that the technology has been around for years and companies still have the required equipment. Companies don’t have to pay for the purchase and installation of new equipment.

Since they travel through landlines, the sound that comes from PBX systems is of the highest quality.

To use PBX systems, companies need their own equipment. Additionally, they have to engage a dedicated team of IT experts. Thus, they have full control of the software and hardware. No one restricts access.

Since they are connected through copper phone lines, PBX systems protect the company from losses due to internet failures and power outages. Even when power is out, phone lines still transmit the calls

What About IP BX?

You don’t need a lot of technical knowledge to use IP PBX systems. In fact, companies can do without IT departments and lots of training.

Compared to PBX systems, IP PBX is more affordable. It supports many users and requires no expensive upgrades and maintenance.

Since they are internet-based, IP PBX systems allow greater phone mobility. One can easily move a phone to a PC without issues.

READ  What Is A Best Connector You Should Know About

One can have extensions from home and elsewhere so long as he or she has an internet connection.

It is less costly thanks to fewer required equipment and maintenance costs. Companies only pay fixed monthly subscriptions without unnecessary additional charges.

One can receive calls from virtually anywhere using a computer or cell phone. It is much easier to schedule communication.

Without internet connectivity, the calls can’t go through. However, the use of voice mail makes it easier to recover in an emergency.

Sound Quality: When VoIP systems are connected through the internet, the quality of the connection can limit the sound quality. With fiber optics, the problem is eliminated.

You see? PBX, IP PBX, and VoIP are different systems, and they all come with different benefits and advantages. So, depending on what your business needs, which one would you choose? Make an informed decision!