Home Travel Key Benefits Of Living And Working In Australia 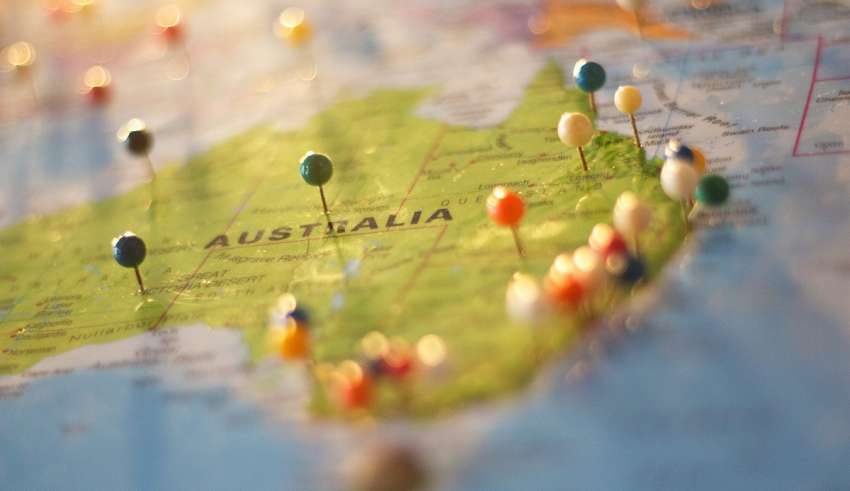 Australia is a sovereign country comprises of the island of Tasmania, the mainland of the Australian continent, and other smaller islands. It happens to be the largest country you have in Oceania, and also the sixth largest country in the world by total land area. They are bonded to neighbouring countries such as Indonesia, Guinea, New Zealand, Vanuatu, and the Solomon Islands.

Australia has a total population of 26 million people, the country capital is Canberra, and Sydney is the largest city. Other metropolitan cities in Australia are Brisbane, Adelaide, Perth, and Melbourne. The country’s official language is English with a political system that comprises ten territories and six states. Australia was colonized by Great Britain.

There are so many benefits one can get when living and working in Australia. Each of these benefits, we are going to view them separately for us to have an in-depth knowledge of the topic.

Key Benefits of living in Australia

There are several opportunities one can get as an Australian resident because the country is open, young, and multicultural country with an economy that is ever-growing. The standard of living with its incomparable natural beauty makes it an attractive destination for any individuals who want to improve their future.

It is an ideal country for those who want to have fun but at the same time, want to stay in an effective conducive environment. The country has been known for its easy-going lifestyle among the citizens. There are different kinds of work, services, and leisure activities in the main cities. Many people want to win an Australian visa lottery to enjoy these benefits.

The country boasts of beautiful beaches, ocean, and landscapes which make the country more colourful in terms of appearance. People from all over the world can have a thrilling experience living in an ultramodern nation. In spite of not having a rich history, still, it has a good future. The following are the key benefits of living in Australia.

READ  8 Most Haunted Places In The World

In Australia, people with a particular skill set receive high wages. This is most common among people who live in any city that is along the eastern coast. It is normal for immigrants to see themselves earning well in Australia compared to when they were in their country. Despite the low value of the Australian dollar to other world currencies. When other programs such as social protection and financial safeguards are put in place, one will find it an enjoyable place to live.

Australia is one of the countries in the world that can boast of quality healthcare. They have both public and private healthcare centres. Hospitals in Australia are well equipped with modern facilities and technologies. The country provides a reciprocal healthcare agreement for anyone who arrives there, which gives them the chance of accessing the expenses that are managed by the federal government.

In Australia, the average cost of public health insurance for each person is 2% of their total income, which is being deducted through tax withholding from their paycheck. For private health insurance, the tax deducted is about $2,000 per annum. There are over 5,000 pharmacies and 1,300 hospitals in Australia.

In Australia, the public school option for family is free from grade 1 to grade 12 for those who reside there. The textbooks are offered for free as part of the educational benefits as well. Today their educational system has been ranked fourth in the world based on its effectiveness, and they are above the United States, France, and Switzerland in the aspect of education.

Though, it is too expensive for an individual to train his or her child in a private school. The school fee can go up to $40,000 for a year, you can be sure that even when you are training your child in a public school they will be given a high-quality education. This alone has shown why their educational system has been ranked in the fourth position.

Instead of having one working visa, the Australian government provides different visa options for you to take if you decide to live in the country. Going through the requirements of the paperwork can be daunting, but it is an advantage for anyone who wants to enjoy their stay using the skilled immigration visa process. There are also other processes such as investment, business, and temporary visas for which you might qualify.

READ  What Type of Information Do You need to Know About Taxi Insurance?

The people of Australia are good in welcoming people; you don’t have to be bothered about how bad you will be treated as an immigrant. There have been good records and stories from people who have stayed there. The only expectation you should have is the readiness to accept their indigenous culture.

Fortunately, if you find a hand in friendship, then it will be good to return the favour. Although, it will take you some time to learn their local language even if you have fluency in English. You will discover that it won’t take you much of your time to start feeling comfortable with everybody.

Key Benefits of working in Australia

Are you aware that foreign students can still have a part-time job during their stay in Australia? The department of Immigration permits a student who has a student visa to work for up to 40 hours every two weeks. This has offered many advantages and also has permitted students to make maximum use of their time. We are going to see the five benefits of working in Australia.

If you are lucky to find a paid job as a student, one of the immense benefits is getting an extra wage – either is for the aim of passing time or helping you explore Australia during school vacation. Most students in Australia go in search of part-time work during their studies, generally in the hospitality or retail industries, but they also have paid jobs which are available in other fields.

You should be aware that these job opportunities are highly competitive! Before you go in search of jobs, you need to speak with your course lecturers, coordinators or employment officers on your campus to assist you with course-related or internships placements in order to balance things up.

READ  Resorts in Sikkim for a pampered vacation with your spouse

If you don’t know how to converse in English, working there will serve as an avenue for you to improve your skills in the English language, especially in service industries. It will make you stay away from your comfort zone by using the language out of the context for only academic purposes. Apart from this, you will grow your vocabulary and know how to use it.

Either you were able to secure a placement in any leading companies; you will learn valuable skills from the workplace such as interacting with people, handling money and managing your time. Some skills such as soft skills can be important to potential employers, which shows you can succeed effectively in any role you find your place.

There is the saying that your network happens to be your net worth. When you have marketable skills such as freelance content writing, digital marketing, web designing, and others, you will meet other key players in these fields to network, and have other affiliations that will help you learn more in your area of specialization.

Having a part-time or casual job is a good way to socialize with other people away from campus. While also helping you to get more working experience. This also assists you to gain more independence and increase your circle of friends, while giving you more insight into Australian culture.