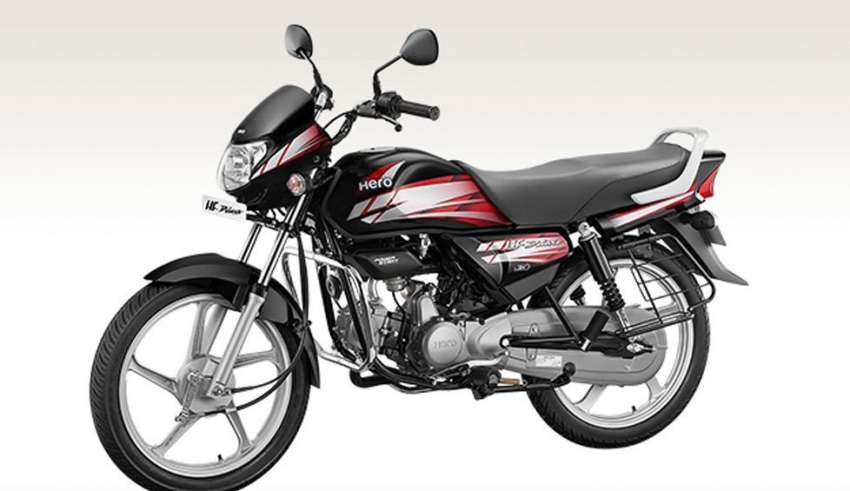 Fuel efficiency! That’s the buzzword and the most sufficed trait – or a feature some might say – of a commuter. Apart from a fuss-free riding experience, the consumers in this particular segment are also keen on saving fuel. That alone explains the very reason why manufacturers are always on their knees making certain modifications to spruce up the fuel efficiency.

Hero MotoCorp, the leading two-wheeler manufacturer has introduced the bare-bones commuter, HF Deluxe with the added utility of their patented i3s start-stop technology.

In a brief, the i3s technology promises to increase the fuel-efficiency by simply shutting the engine down when the bike comes to a stop and turning it back on as soon as there is any need for acceleration. Hence, now you don’t need to worry about turning the bike off at a signal.

But there’s more to the HF Deluxe than the i3s technology. Here’s a lowdown.

Powering the Hero HF Deluxe i3s is the same engine that propels in the standard HF Deluxe, albeit in a different state of tune. The single-cylinder air-cooled 97.2cc engine is good for 8.2bhp and 8.05Nm of torque. The bore, at 50mm, remains the same while the stroke is now 50mm. The gearbox, however, is still a four-speed unit. As of late-2019, the engine is BS-IV compliant and there is no official word whether Hero plans to update it to meet the stringent BS-VI emission norms. 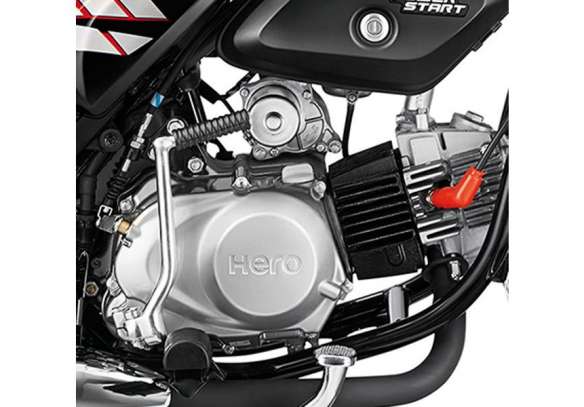 The Hero HF Deluxe i3s, in a nutshell, is exactly similar to the standard model when it comes to either exterior details or dimensions. Therefore, the bike is 1,965mm in length, 720mm in width, and 1,045mm in height. Other than that, it has a dry kerb weight of 110kg, wheelbase of 1,235mm, and a seat height of 805mm. The ground clearance also remains unchanged at 165mm.

Compared to the standard model, the fuel tank capacity is a bit low at 9.5-litres. At 82.9km/l, the mileage remains to be almost identical.

Just like the standard HF Deluxe, taking this bike in and out of traffic is easy and effortless. The cycle parts comprise telescopic forks suspension at the front and hydraulic shock absorbers suspension at the back. For the tyres, the bike comes equipped with a 2.75 x 18 – 4 PR / 42 P section tyre at the front and 2.75 x 18 – 6 PR / 48 P section tyre at the rear. The bike sits on a tubular double cradle frame chassis. Lastly, the braking duties are handled by a 130mm drum at the front and a 110mm drum at the rear.

Apart from the patented i3s technology, the Hero HF Deluxe does not come with any fancy electronics or touchscreens. For the safety net, the bike comes with CBS – or IBS – as standard. The instrument cluster comprises dual analogue pods, one for the speedometer and the other for the fuel gauge. The unavailability of a tachometer is a sore omission. In terms of the electricals, both headlamp and taillamp miss out on LEDs.

All the extensive information regarding HF Deluxe i3s can be found in the brochure. For instance, you can check the variants, various dimensions, features, styling information, and colors at a single place.

READ  What Does A Wedding Planner Really Do?

As of late-2019, the HF Deluxe i3s is available in a single variant. The price for the standard -IBS variant is Rs. 50,000 (ex-showroom, Delhi). For the on-road price, head over to autoX.

And just like that, our database includes numerous information and multiple reviews for the Hero HF Deluxe i3s. For all that and more, be sure to tune in to autoX.

Learn More About Alexa Before She Steals Your Job: AI Specialists

By 2020, there will be near about 100 million smartphone users who will be using voice ass…