Home Life Style Birthday Jewellery – What Does Your Birthstone Represent? 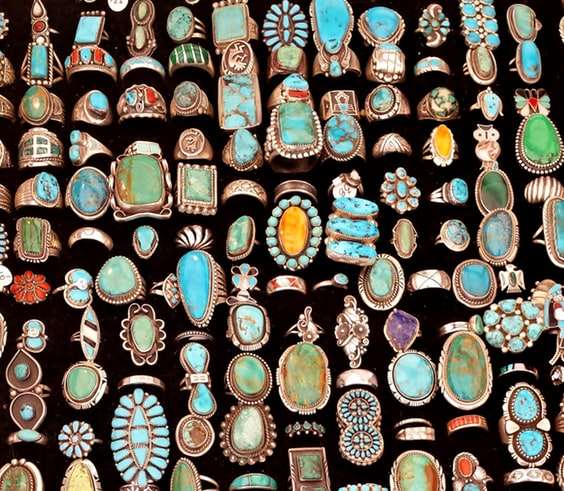 With origins that are believed to be traced back to the Bible, the birthstones have been popular among those who believe in astronomy and zodiacs. But now they’ve made a splash into the world of jewellery, with necklaces, rings and bracelets being made that are adorned with each of the 12 birthstone jewels. Each stone is representative of those born in that month with specific meanings while some cultures believe they hold healing powers or bring good luck. Famous birthday gifts, any girl would be lucky to receive a piece of birthstone jewellery to mark a special occasion. Read on to find out what your birthstone represents:

Symbolising devotion and loyalty, this stone is thought to bring protective and therapeutic powers. It’s commonly found as small pebbles amid larger rocks whose exterior surface has been eroded from constant weathering. The birthstone is typically red when found in jewellery, but can also come in black and green.

Inspiring wisdom, creativity and imagination, this stone is believed to foster sobriety. In ancient times it was thought that those who wore this stone would be saved from intoxication, bad dreams and gout. This stone is a beacon of positivity, and when worn as birthstone jewellery, the wearer’s inner and outer optimism can be seen.

Promoting faithfulness, courage and friendship, this birthstone represents ideas that lurk throughout. A water-themed stone, this stone is thought to relieve stress and relaxation to the wearer. One of the rarer stones, this stone also thought to symbolise and possess healing qualities and the power of cure. Those who wear this birthstone are healing and curing property to all

READ  Face Masks You Must Try For Healthy Skin

The most coveted of all the stones, this gem symbolises commitment and longevity in relationships. The invincible strength of this stone quickly made it a symbol for love, and later on, a symbol of status. The diamond is said to represent purity and strength, hence it’s common to use as wedding jewellery as well as birthstone jewellery.

Maintaining love and passion in relationships, this birthstone is a symbol of the reproductive force of nature. The signature green colour of this gem is meant to represent its relationship with Mother Nature. Hope, tranquillity, peace and growth are traits symbolised also by this birthstone.

Promoting wealth and luck, the pearl is rare and hard to come by. Symbolising wisdom, success and happiness and love, the ancient Greeks believed that pearls were the hardened tears of joy from the goddess of love, Aphrodite. When given as birthstone jewellery, you’ll happily shower the wearer in feelings of joy they deserve.

Associated with love, romance and passion, this birthstone is one that increases in size due to the extreme rarity of finding these stones in larger sizes. Symbolising love and friendship, this stone is also thought to be a talisman against misfortune. Bring good fortune and luck to those who wear this stone when gifting birthstone jewellery.

Known to fight negative and destructive feelings, this stone is thought to protect the wearer. Attracting wealth and growth, it is thought that this stone is able to get rid of envious thoughts in a person as well as remove night terrors. Bless those who are born in this month by protecting them from all things negative.

Symbolising loyalty and promise, this stone was once believed to guard against evil and poisoning – hence its extreme value by kings and priests in ancient civilisations. Promoting communication, peace and contentment, this stone is now thought to represent the purity and wisdom of its wearer.

Closely connected to emotions, this stone appears in many forms and colours that change depending on the temperature and contents. Symbolising love, faithfulness and hope, this gem is thought to foster creativity and imagination. Make a faithful and confident person happy when given as birthstone jewellery.

Symbolising positivity, happiness and generosity, this birthstone symbolises love and affection. Coming in a range of colours including blue, pink, red, brown and black, the November topaz is most commonly orange in colour. Thought to bring balance to the restless, this stone can also attract wealth and fortune for the wearer making it ideal for birthstone jewellery.

A symbol of love and affection, this stone is often regarded as a love charm. Believing to relax the mind of the wearer and protect them from harm. Bringing success, wealth and love, and when gifted it symbolises a pledge of affection – the perfect gift for that special someone.

When the corona virus hit Wuhan, China, nobody had expected it to spread eventually to the…